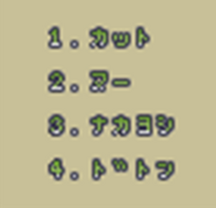 スキル (Skill or Su-ki-ru) is a gameplay feature in Tetris Battle Gaiden.

In this Tetris title, there are a total of 40 different skills.

Each character has access to 4 different skills which can be used when a certain number of crystals are collected after clearing lines. Their potential varies or suits a character's playstyle.

*The cost values above reflect the settings in the Options menu.

It is much easier for players to distinguish a skill by the character/user's first letter + its level.

Community content is available under CC-BY-SA unless otherwise noted.
Advertisement